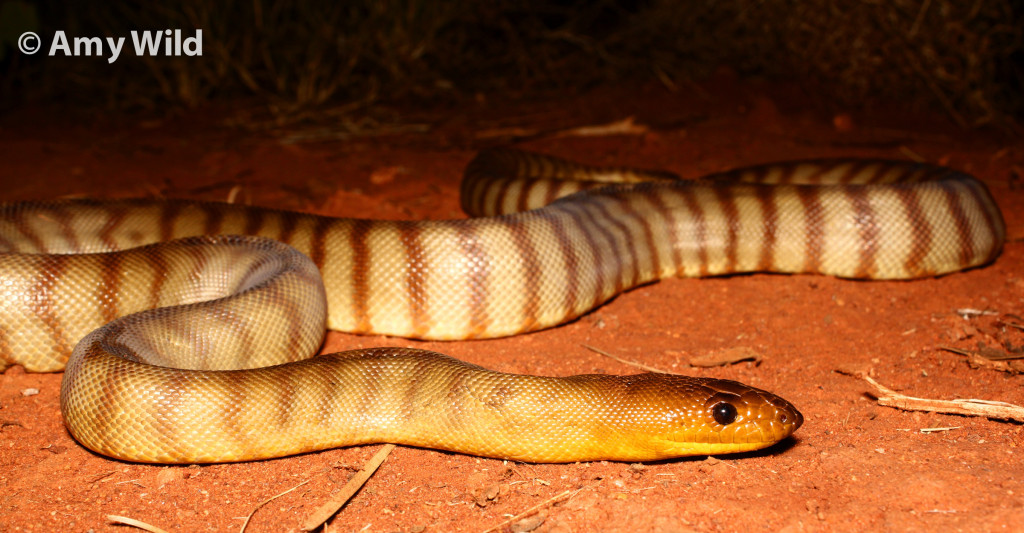 Welcome to one of my favourite Australian snakes! This guy might look dangerous, but he’s actually a python, and therefore effectively non-venomous. The reason the Woma might look different is that they belong to a very unique genus: Aspidites is the only genus of pythons that do not have heat-sensory pits! What’s more, there is only one other species in the genus; this is the Black-headed Python (bottom). It is thought that the lack of heat-sensory pits (used for better detection of warm-blooded or endothermic animals) is their largely reptilian diet; reptiles of course being cold-blooded, or ectothermic, they do not have much of a heat signature. Did you know that both the non-venomous Woma and Black-headed Pythons sometimes hunt and eat VENOMOUS snakes! What battlers!

Heat pits on a Pilbara Olive Python (left), absent in the Woma (right)

Of course, like many of our particularly note-worthy fauna, the Woma python is under threat. They are classified as ENDANGERED by the IUCN Red List, and specially protected in WA. Land clearing and predation by feral animals (cats and foxes) has caused serious decline of the species in the southwest of WA, especially. Depending on what part of the country you look in (this species can be found throughout central Australia, and in the southwest of WA), you are most likely to find this snake within woodland, heaths and shrublands, and/or amongst spinifex (Triodia) sand plain. They most often utilise abandoned monitor and mammal burrows for shelter, as well as soil cracks. They are also nocturnal! So you’re unlikely to find one unless you’re night spotting for them.

Here’s a Black-headed Python for comparison! You can see that while the two snakes are built similarly, their colouration is different. YOU WILL NOT FIND A WOMA WITH A BLACK HEAD. 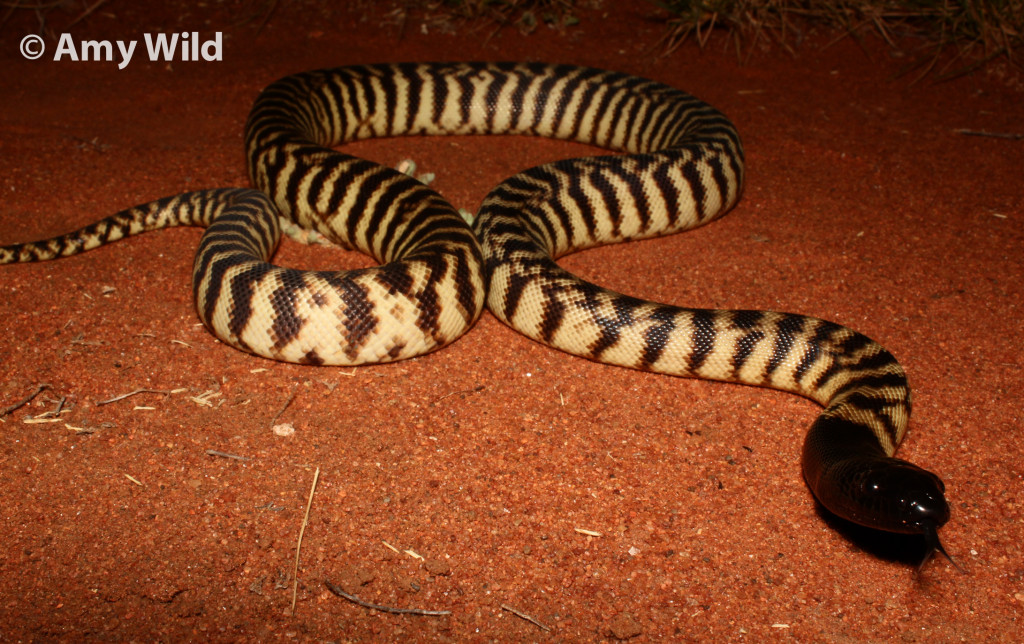