The two most species-rich scorpion families in Australia are Buthidae and Scorpionidae. Included in Scorpionidae is the genus Urodacus; they’re our big ones, sometimes up to 10 cm head to tail, with great big fearsome claws (chelicerae). Members of Buthidae, however, are much smaller; typically around 2 cm long; with tiny slender claws.

I’m sure I can guess which you think is the most scary! But you might be wrong. 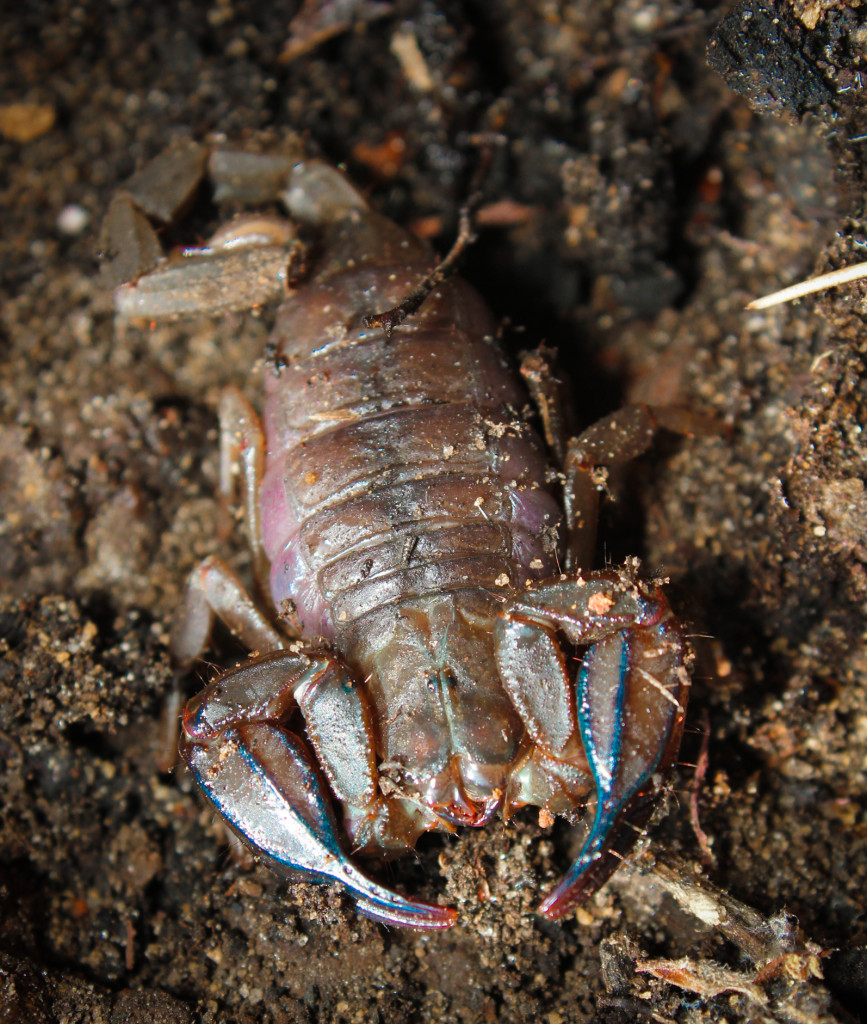 Worldwide, the only scorpions bearing a deadly sting belong to the family Buthidae! A Urodacus sting will never be anywhere near as painful as one from their smaller counterparts. And there is an evolutionary explanation for this. Scorpions like Urodacus have developed their size and strength rather than a powerful stinger – they wrestle their prey and subdue it mostly with those claws, relying much less on the sting. Buthids however do not have either the size or pinching power on their side – the trade-off being a very well developed tail and venom system (they’ll often have a visibly enlarged tail), which can paralyse their soon-to-be food with just a strike or two!

I tell you what — you wouldn’t catch me shaking hands with a Buthid! 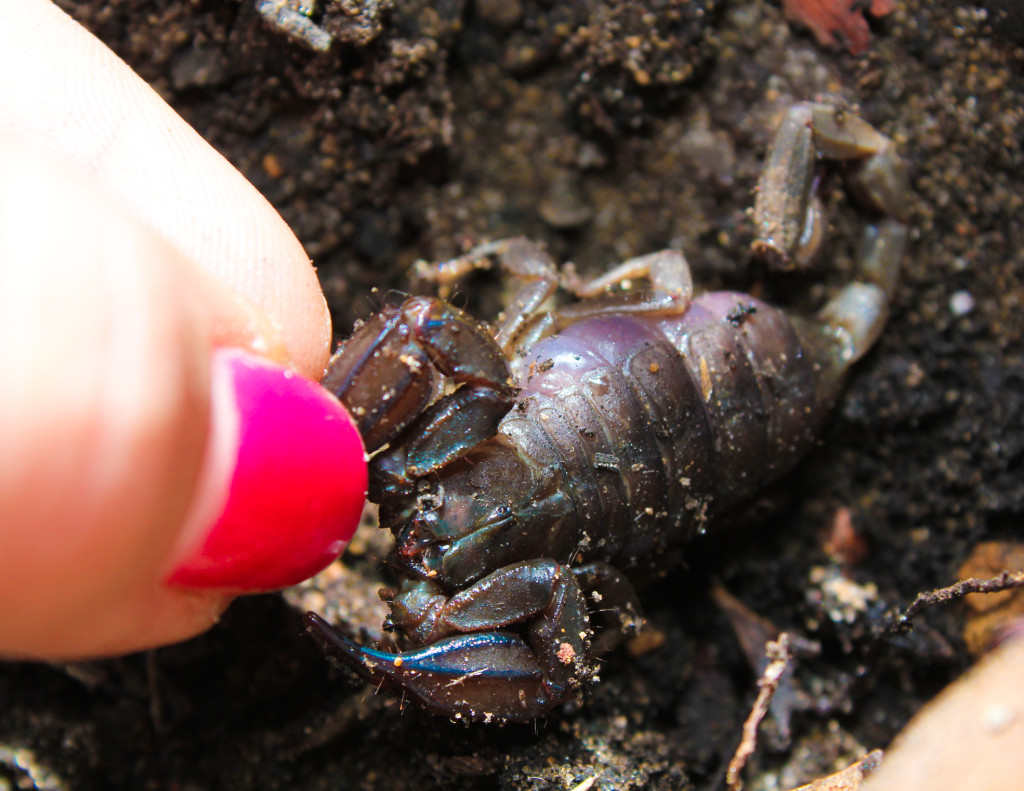