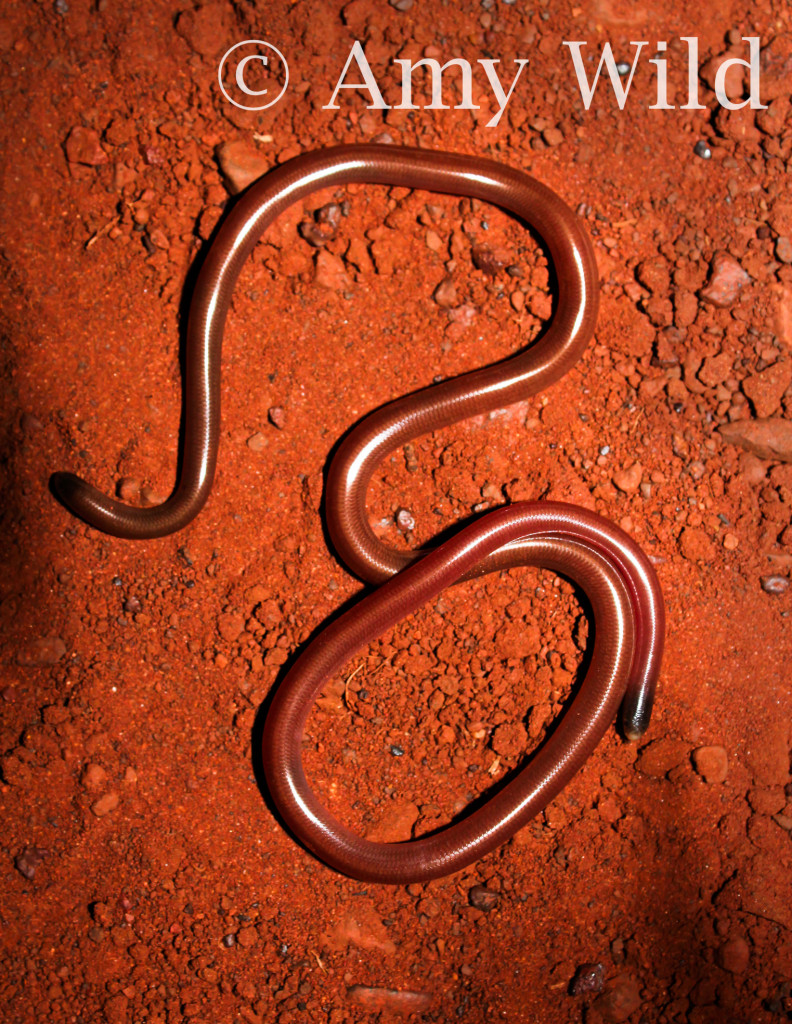 There are about 150 species of blind snake in the world, spread throughout the warmer regions; of those, 42 described species inhabit Australia. Admittedly, they have a tendency to look pretty similar… One of the most distinguishable Australian species is R. grypus, having a cream snout-tip and black head and tail (above). Most of the time, you will have to look at the shape of the snout in profile to find whether it is beaked or rounded; then from above to see whether it is round or trilobed (this word makes me imagine a person with three ear lobes… >.> …). Then the fun begins! Which scale does the nasal cleft contact? And most importantly, how many scales does it take to make a full ring around the animal? This is called a midbody scale count; very useful in identifying a range of snakes and legless lizards, and any herpetologist’s most dreaded task. Once you have your eye in however, you may start to notice other differences, like colour patterning, and the relative chunkiness or slenderness of various species.

One very cool thing about blind snakes is their diet. They are much more badass than earthworms. Rather than processing organic matter like a giant digestive tube, as in their wormy ‘counterparts’, blind snakes actively hunt termites and search and destroy ant eggs, pupae and larvae. Some of the larger species have even been found to specialise in the most feared of ants, the big stinging bulldog ants (Myrmecia spp.) (below).

Being snakes, these “scaled earthworms” of course also have tiny forked tongues and all the normal anatomy of any other snake; only in miniature! (Except perhaps for their underdeveloped eyes and tiny teeth, usually only existing in the upper jaw or maxilla).

Their diet also makes them Australia’s only insectivorous snakes.

One more fun fact! These snakes are known to possess a vestigial pelvis, linking them to a limbed ancestor shared by snakes and lizards. So, I suppose you could call them primitive… Or, to be a fact-loving nerd, less derived than other snakes. 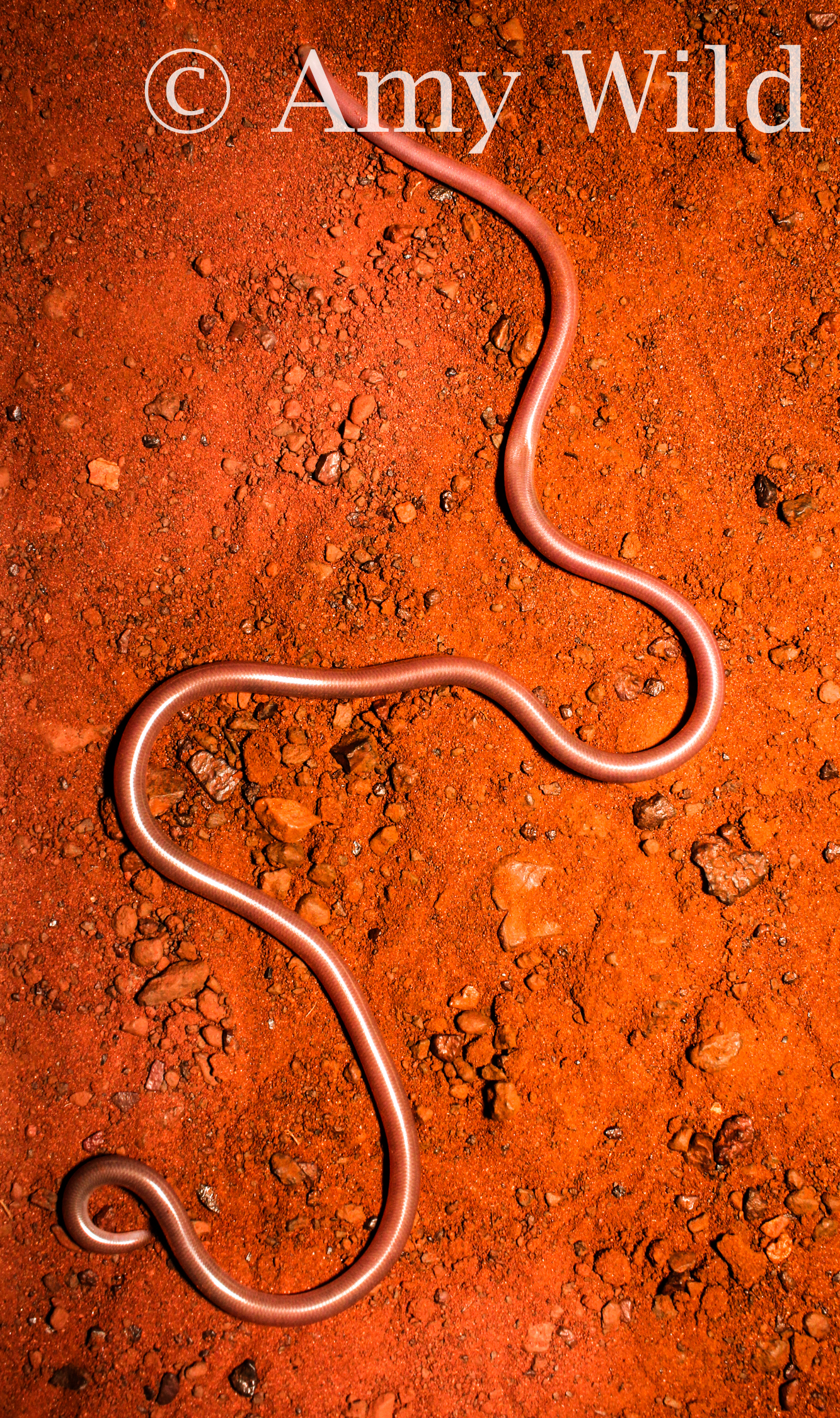 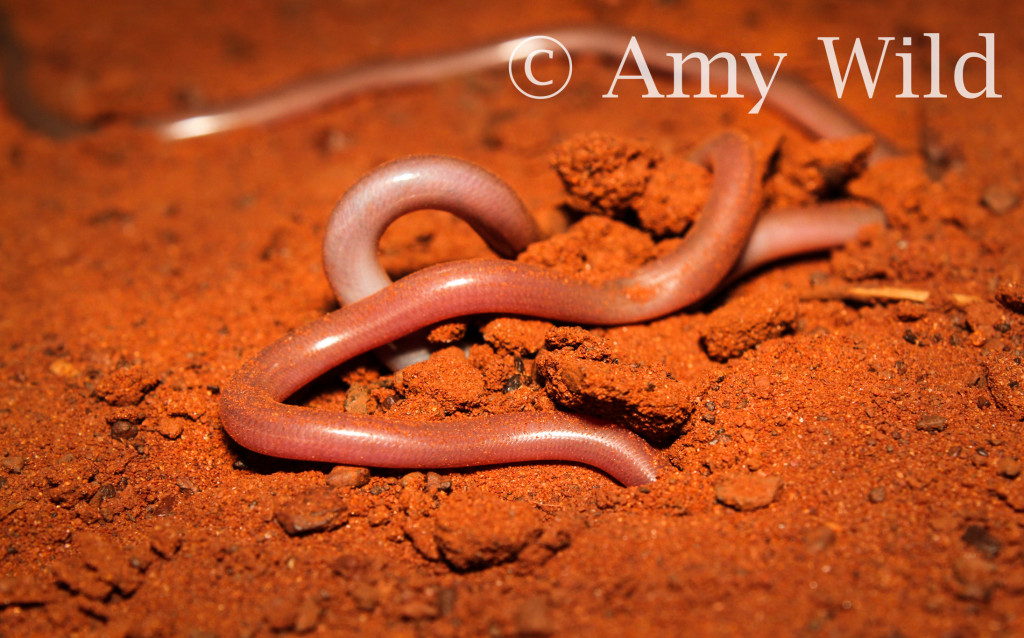 See “A Complete Guide to Reptiles of Australia” Fourth Edition 2013, by Steve Wilson and Gerry Swan for more info.