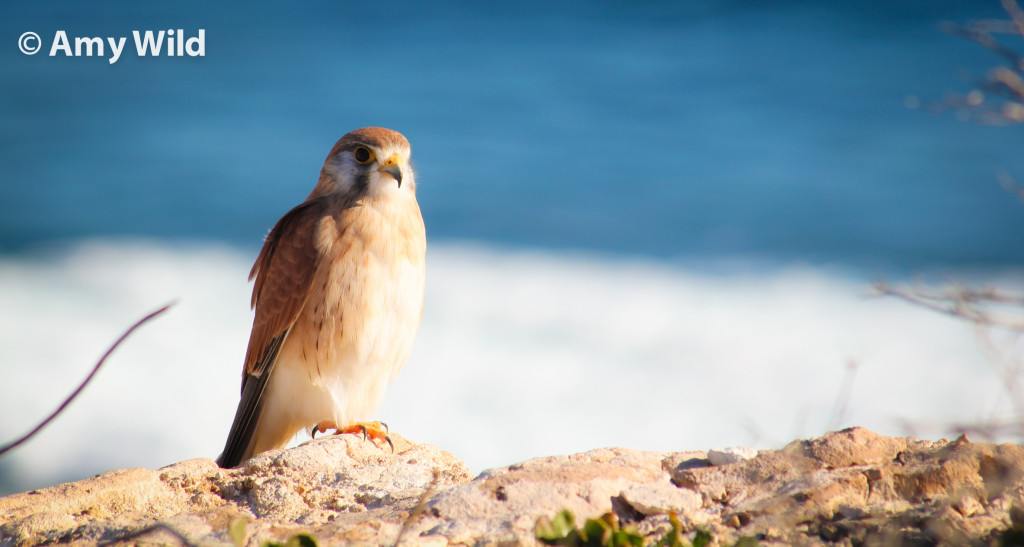 Nankeen Kestrel, spotted scanning for prey on the coast of Kalbarri, WA

We have a lot of amazing birds in Australia, of all shapes, sizes, behaviours and conservation statuses! But did you know that one of our most common birds of prey is also our smallest, and possessed of a markedly uncommon hunting habit?

The Nankeen (or Australian) Kestrel is one of only three common Australian birds of prey that don’t use speed to catch their prey, but the specialised technique of hovering. Only the Black-shouldered Kite is as adept a hoverer as the Nankeen Kestrel! These birds habitually spend time flying over relatively open Australian (or Papua New Guinean) land, scanning the land’s surface with their incredibly sharp eye sight. But rather than covering ground, their flight will rather mimic that of a helicopter, as they rapidly beat their wings so as to keep their body completely still. Once prey is spotted from high up, they might swing lower in order to get a better fix on the target, before finally dropping down to make the kill. If not hovering, a Nankeen Kestrel might also choose to simply perch on a twig, power line, or likely looking piece of limestone – like the one pictured above! From there their prey is only a dive away.

There are many animals that a Nankeen Kestrel might call prey. Insects are popular, but serving sizes increase from reptiles to mammals, and even small birds. This kestrel is named for the particular shade of light brown on its back, known as nankeen (the Nankeen Night Heron is named for the same reason!)

Find more info about Australian birds, including your local birds, at  http://birdlife.org.au