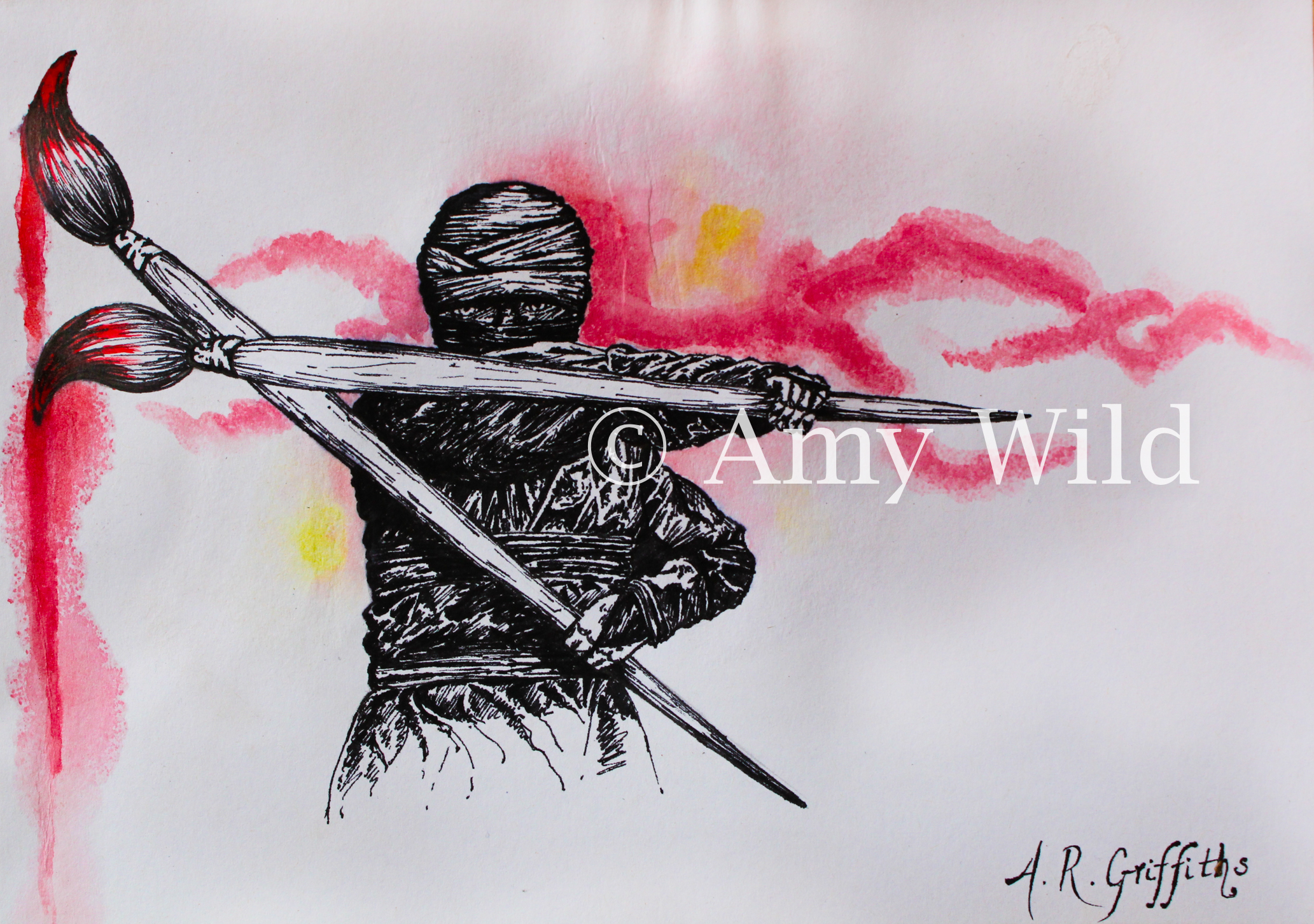 A5, fineliner and water colour on paper

“Word travels of a Ninja unlike any ever known. He is one who will never cut with a blade, nor strike with fist or weapon. The enemy of violence, he halts its motion without exacting it himself. The ultimate weapon of this Ninja is Shame.

None can be certain of his source of knowledge; be it a network of spies more secret than the wind, or an impossible, unheard of magic. Regardless, all know his services to be just. If you are marked by the scarlet brush of the Painterly Ninja, you will be welcomed by none. Food will not be sold to you, rest or work never offered. Until the mark fades, days or weeks later, you are in Shame for your crimes. In most towns, any such found by the city guard are arrested on sight.

Rumors exist that the strange hero must be a variety of alchemist; for always the duration of the scarlet symbol he leaves seems to correspond precisely with the nature of the crime. Some marks have remained immovable for weeks, the bearer scarcely retaining their sanity. Those have lost all but the fragile bones of a life with which to start anew.

A tiny few, the repeat offenders and murderers of mass, are left with scars where the paint touched them. These face an early death, for never in any place will they be offered the common services usually granted to even the least liked of people. Shame, added to starvation, endless nights in the elements or in hiding, and exposure to those who feel less reticence to violence for the deserving than the Painterly Ninja, cannot be endured for a normal lifetime.

Known alchemists have suggested that he mixes glues and acids into his paints for different victims, though never has one been able to reproduce either that particular shade of red nor the reliability of adhesion or scarring. So shrouded in mystery is the Ninja that some even claim that he in fact is a woman. Whatever be his or her powers, think twice before committing sin against another. The Painterly Ninja awaits.”